You've gone to the finest school all right, Miss Lonely

Urg… I keep having more false starts with books. This is annoying because reading a hundred pages into a book and then realizing I don’t want to finish it wastes precious time! The most recent false starts: The Hitler book- I just don’t have the energy for it right now and since I already read Mein Kampf it feels redundant sometimes. So, that is back on the shelf for right now. Then I tried Benjamin Franklin’s autobiography. Gross. It was way too hard for me to read while I was going through the visa drama so I put that down as well. Then I got through books 8-10 and tried Walter Cronkite’s, A Reporter’s Life. I got through about 150 pages of that but didn’t want to lug it back with me and wasn’t really that into it. Surprisingly, his writing just wasn’t that captivating.

I write about these false starts because I suppose they are reviews in themselves. The other good thing about the false starts is that they show that I can put a book down. As little as an year ago, I didn't have it in me to leave a book unfinished. Even if I totally hated it, I had to see it through. Now that I have read so many good books, I don't want to waste my time on stuff I don't like. The small life lessons you learn by making yourself read a book a week!

This book was mostly annoying. I wrote a long reflection about it in my paper journal but can’t be bothered to type it up. For the first 200 or so pages it is sad, sad, sad. One sibling dies, another dies. Dad drinks too much. Grandma hates us. Someone else dies. Life in Ireland sucked really bad. Having a drunk Irish dad sucked really bad.

I had so little patience for the people in this book. I wanted to clobber the dad and his ability to keep drinking and drinking in the face of his family’s mounting problems. I wanted to scream at the mom for being such an irresponsible parent and for continuing to bring children in the world and then acting totally irresponsibly around and towards them.

I want to read 'Tis which McCourt wrote after this book and it picks up in New York where he is more grown and starts a life free of some of the problems of his family. McCourt ended up having a very good and full life and just died a few months ago from cancer.

I didn’t like this book but most people do. But my opinion is probably off base. It won the pulitzer prize for autobiographies, was an international best seller and made into a movie. But that still doesn’t mean I have to like it.
Book Nine
Made in America
By: Sam Walton
Read: 10/9/2009
Rating: 7.1/10

By now you have probably heard of James Frey and how he is a big, fat liar and cheat.

In some ways I can’t blame him for his embellishments. It seems that his life was hard in some ways and I can imagine that when your life is hard but not hard enough to be a really big, sad deal, you might have some sense of entitlement. You might think that the world should feel sorry for you. Or that you know a certain kind of pain and from that you are sure you can talk about a bigger kind of pain. That is bullshit. I am not as mad as some people are about Frey’s attempt to pass his book as a total memoir but I think it is annoying and wish he hadn’t.

I read this book knowing that this guy already had been made a liar with A Million Little Pieces so I guess my next comment probably isn’t fair. But when I started reading it, the first thing I thought was wow, this guy is full of crap. It felt like I was reading a novel. Although it’s true that a lot of biographies are pretty amazing and unbelievable they read totally differently. The sincerity and authenticity screams through the pages. Here, there was none of that. I thought this guy sucks. I don’t want to read this anymore.

But I needed a break from big stories. I wanted to read a regular person’s memoir and lies or not, I got that to some extent. Also, if this hadn't been labeled as a memoir, it is actually a pretty decent book. Not for everyone, but a fun thing to pick up. So, for those purposes, I actually liked it a little bit. Overall, I just need to read some stuff that is a little lighter. My brain just needs a little rest!
at 2:18 PM No comments:
Email ThisBlogThis!Share to TwitterShare to FacebookShare to Pinterest
Labels: book reviews

There'll be time enough for sleeping when we're dead

I am going to write a novel! I've signed up for this challenge. People all over the world sign up to write a novel in the month of November. You have 30 days to write 50,000 words. The idea is that everyone always says that they will write a novel one day but they never actually do it. By having a time frame and a deadline, you are more motivated to actually write.
I hope that some of you will join me on this adventure and decide to write a novel too! You have a whole week to sign up!
I want to make the most of this year that I have. There are SO many things I want to do in life and like everyone else I have the propensity to sit on the bench a lot of times. I hope this is one more step in the write direction! Get it? ;)
at 4:29 AM 2 comments:
Email ThisBlogThis!Share to TwitterShare to FacebookShare to Pinterest
Labels: my education


I am on photo posting overload but this should be it for a while!

at 4:05 PM No comments:
Email ThisBlogThis!Share to TwitterShare to FacebookShare to Pinterest
Labels: Photos

And after all, you're my wonderwall

On the way home from the airport yesterday, Feraz and I saw Sonnet XVIII and it feels so appropriate for this day. Today Feraz turns the big 3-0!! I have shared most of this last decade with his life with him and in it I have found more and more ways to love him still. I was going to list 30 ways in which I love him but there are some things that should stay out of the blogosphere. So, instead, Happy Birthday to the love of my life, the person who makes every tomorrow look better and who always humbles me with his endless love. May Allah teach me to love you as perfectly as you love me!

at 3:12 AM No comments:
Email ThisBlogThis!Share to TwitterShare to FacebookShare to Pinterest 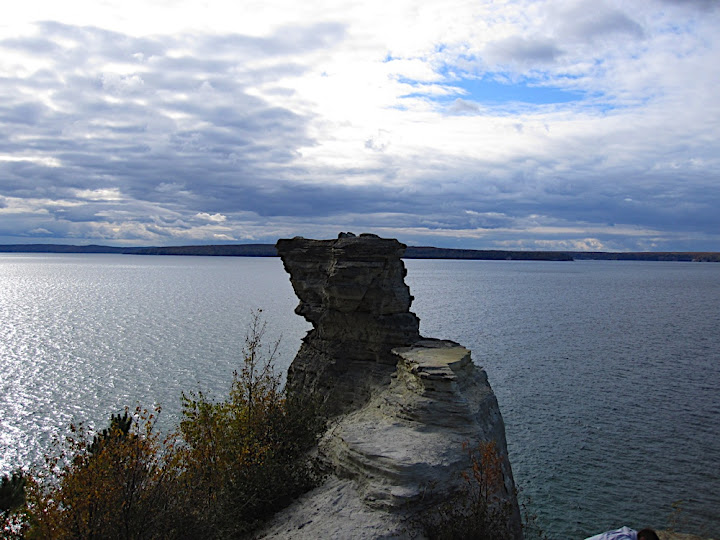 I have been wanting to go to the UP for ages. While in the UK I was missing fall SO much and I felt really lucky to be able to go on a road trip up there this past weekend. Best of all I got to go with one of my favorite people in the world, Sara. It was like a dream come true!
UP - Pictured Rocks
at 6:44 PM 2 comments:
Email ThisBlogThis!Share to TwitterShare to FacebookShare to Pinterest
Labels: Photos, Travels

Take me on a trip, I'd like to go somewhere 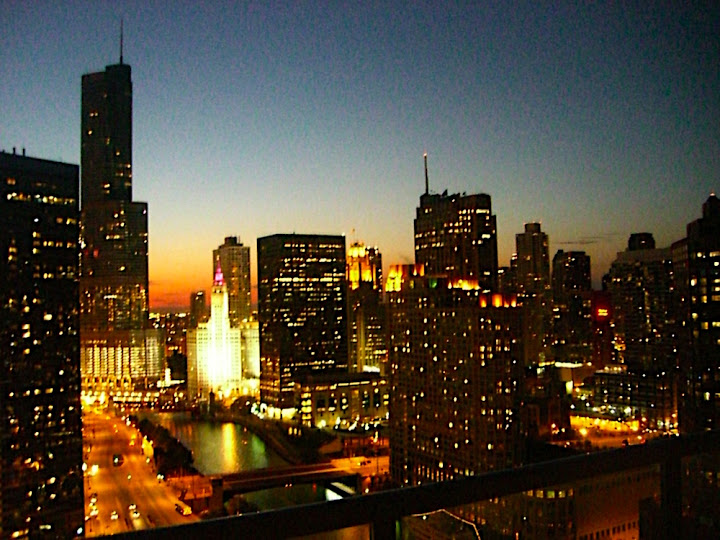 Here are pictures from the last month in Istanbul, London and Chicago. What was supposed to me a permanent move to London ended up being three days until I had to go back to Chicago. What was supposed to be five days in Chicago ended up being more than three weeks!
Istanbul, London and Chicago Pictures
at 6:41 PM No comments:
Email ThisBlogThis!Share to TwitterShare to FacebookShare to Pinterest
Labels: Photos, Travels

I keep starting to write a post about the need to commit to sustainability and keep getting side tracked. I will post something more substantive soon but in the meantime, please watch this video.
=
Find out more at storyofstuff.com
at 12:43 PM No comments:
Email ThisBlogThis!Share to TwitterShare to FacebookShare to Pinterest
Labels: my education

Genius:
at 4:14 PM 2 comments:
Email ThisBlogThis!Share to TwitterShare to FacebookShare to Pinterest

Since then it's been a book you read in reverse

I guess it's big talk to say that even when everything seems to work out imperfectly, it is still perfect in it's own way. When you feel like your back is up against the wall, it is much harder to stick by that sentiment.
I'm in Chicago and even though I was supposed to go back to London on Monday, now I have to change my ticket and extend my stay here for another week. If nothing works out by then, I am just going to call it a day and know that at least I tried my hardest to get the visa.
The whole thing has been a nightmare. A very expensive nightmare. After I got my biometrics taken, I spoke with the passport agency and found out that I couldn't get a visa at all because my passport was soon to expire and if you don't have at least six months left on it, they won't give you a visa. So, the first order of business was to get a new passport. Ok. I got the 24 hour rush passport and had that ready by Weds.
The very, very short version of the rest of the story is that my visa has been denied for reasons that can only be attributed to the incompetence of the expediting agency that I am using to take care of all of this. They have totally messed things up and now I have to take the case back from them and try to explain to the consulate why those people were incompetent.
At this time it seems very unlikely that things will work out and thus I will have to put this LSE dream aside. It is incredibly, incredibly disappointing. I know that this door closing will open up other doors and opportunities and on top of that, I always still have both my Istanbul and DC jobs, so I am grateful for that. But... it is still sad. And it is ok to say that. I understand that whatever happens, it will somehow be for the best, but for a moment I just want to feel sorry for myself, to curl up in a ball, watch House and fantasize that I had gone to med school instead.
at 8:18 PM 4 comments:
Email ThisBlogThis!Share to TwitterShare to FacebookShare to Pinterest
Labels: my education